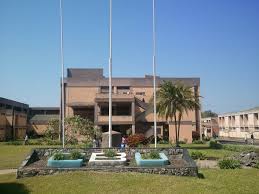 The Copperbelt University -CBU- has been closed indefinitely following a spate of violent riots by unruly students.

Professor LUO has also banned the Copperbelt University Union and has instructed all students to leave the Jambo drive campus by 18 hours today.

She told journalists at a media briefing in Kitwe this morning that government yesterday uncovered a scam where students were planning to burn the University’s multi-purpose Hall.

Professor Luo however said that the Michael Chilufya Sata Medical school in Ndola which is under CBU management, including Mukuba and Robert Makasa universities will not be affected by the closure.

The Minister, who was flanked by her permanent Secretary Mabvuto Sakala and CBU Vice Chancellor Naison Ngoma also said graduate students and international courses are also not affected.

She has warned University of Zambia students union that the body will also be banned if it continues to propagate riots.

Professor Luo disclosed that students will only be allowed back into campus once Security features such as installation of CCTV Cameras is completed, and the admission procedure revised.

And the Minister further said government will table before parliament the Higher Education Act amendment bill, so that issues of discipline are embraced.

CBU Students on Monday rioted and caused extensive damage to the university infrastructure, repeating the same act on Wednesday night when they vandalised the Vice Chancellors office.