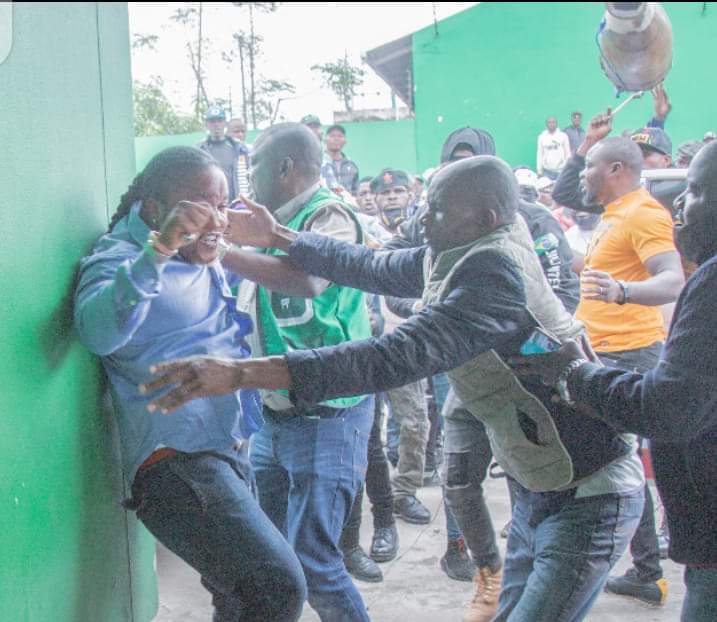 Five suspects have been arrested in connection with last weekend’s violence among cadres, at the Patriotic Front -PF- Secretariat in Lusaka.

The fracas happened on Saturday, May 1, in which PF sympathizer, Innocent Kalimanshi was assaulted and had his motor vehicle extensively damaged.

Police Spokesperson, Esther Katongo has confirmed in a statement, saying the suspects have been charged with offences of malicious damage to property and assault.

Ms. Katongo has explained that the suspects were all arrested in the early hours of today.

She has named the suspects as Keith White Musonda, aged 45, Bright Musonda, aged 38, both of Kasupe, as well as Gift Lupiya, aged 35 of Chawama compound.

The other two suspects are Nephter Sinyangwe Mulenga, aged 45, and Kelvin Chisanga, aged 34, all of Kanyama compound.

Ms. Katongo has explained that in the mayhem which ensued on the material day, the cadres also assaulted a Police Officer, Sergeant Siita Akakandelwa, and damaged a police vehicle.

LIMULUNGA GETS 600 DOSES OF VACCINE