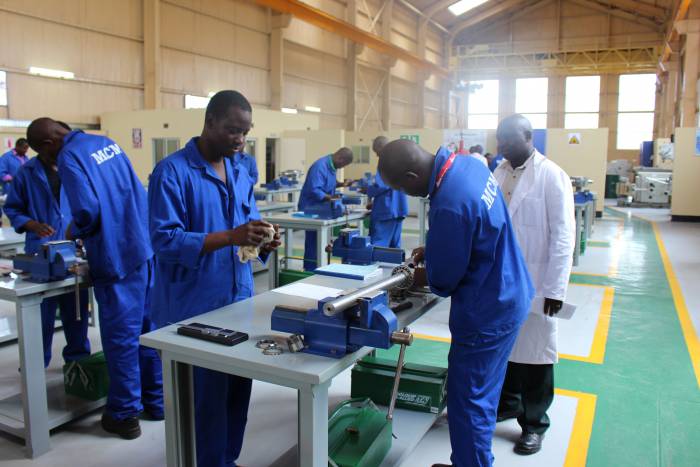 Government plans to  open at least one youth skills training centre in all the ten provinces.

Defence Minister AMBROSE LUFUMA says  this will be in addition to the two existing ones at Chiwoko ZNS camp in Eastern Province and the other one in Kitwe.

He says government will soon open another centre in Northern Province.

Mr. LUFUMA says government’s plans are to have at least 5-hundred youths graduating from each of the centers.

The Minister was speaking when he called on Acting Eastern Province Permanent Secretary ROYD TEMBO before officiating at the graduation of about 3-hundred youths who were trained in life skills such as bricklaying at Chiwoko ZNS camp in Chipata today.

And Dr. TEMBO said the defense force is doing a lot to improve the country’s economy.

He said the youths have realized that it is important for them to have skills that will enable them go into sustainable ventures.

GO BACK TO SCHOOL,IT’S FREE NOW