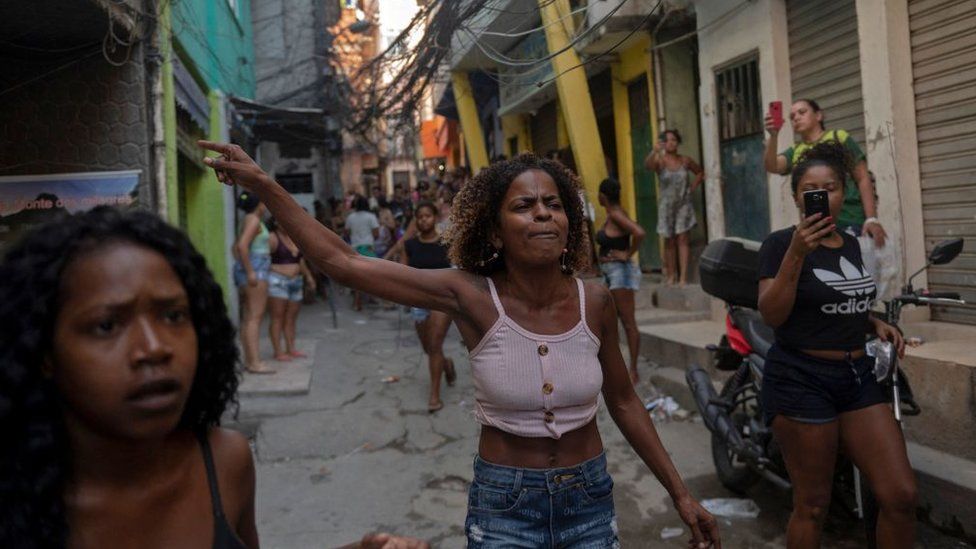 The deadliest police operation in the city’s history has left 25 dead, including a police officer.

Residents say police killed suspects who wanted to surrender and entered homes without a warrant.

Police have denied any wrongdoing, saying officers acted in self-defence.

Rio de Janeiro is one of Brazil’s most violent cities, and vast areas are under the control of criminals, many of them linked to powerful drug-trafficking gangs. Security forces are often accused of disproportionate force during their anti-crime operations.

Thursday’s raid in Jacarezinho, one of the city’s largest slums known as favelas, was carried out by about 200 police officers and an armoured helicopter with a sniper. The area is dominated by Comando Vermelho, or Red Command, one of Brazil’s largest criminal organisations.