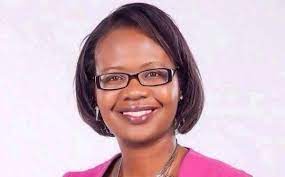 The Chapter One Foundation and The Young Women in Action has filed a complaint to the African Commission on Human and People’s rights, on the lack of diversity in appointments to the public offices in Zambia.

Chapter One Foundation Executive Director, LINDA KASONDE has raised concerns that out of 24 Cabinet Ministers, only four are women and no one is a youth or person living with disabilities.

Speaking during a press briefing, Ms. KASONDE said out of the 10 provincial Ministers, only one is female and none is youth or person with disabilities.

Ms. KASONDE said she is hopeful the African Commission will clarify the standards of compliance required by member states.

And, Young Women in Action Executive Director, HARRIET CHIBUTA said according to article 259 of the Constitution of Zambia, appointment of public officials must ensure fifty percent of each gender and equitable representation of youths and persons with disa
ilities.

She has further urged President HAKAINDE HICHILEMA to address this issue to enhance democracy.

But Presidential spokesperson ANTHONY BWALYA told ZNBC news at State House is yet to see the details of the petition by Chapter One Foundation.

Mr. BWALYA said a respond will be given after seeing the details of the complaint by the NGO.