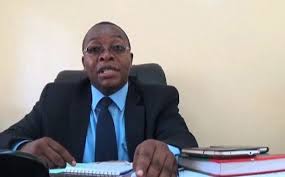 Mr. Chipango says the technical committee after further deliberations decided that workers from local authorities also be brought on board.

He said there is also need for the technical committee to get down into districts and explain the parameters surrounding debt swap.

He said it has come to the attention of the commission that some civil servants seem not to understand certain parameters surrounding debt swap, hence the need to meet HODs to explain.

Mr. Chipango said for this reason, the technical committee is now going round the country to interact with heads of government department so that they are made clear what is expected of them regarding debt swap.

Meanwhile, Mr. Nundwe has urged civil servants in the province to spur productivity as one of the ways to appreciate government for the debt relief given to them.

He also cautioned the civil servants not to get loans for consumption but investments which help them pay back the loans in future.

The Permanent Secretary said civil servants should now be passionate and devoted to work as there is no time to waste because the country’s economy has to tick.