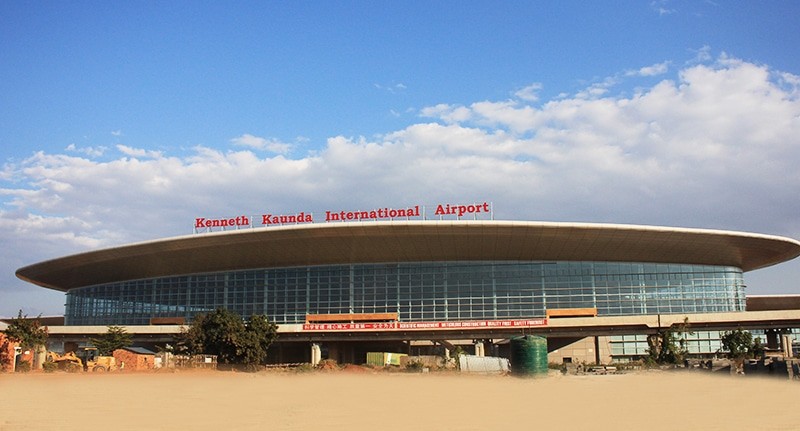 President Edgar Lungu says the PF administration has invested more than one billion United States dollars in the aviation sector.

President Lungu says no government has ever done this in the history of the country.

The President says there can never be economic development without infrastructure development.

President Lungu says the PF deserves to remain in office because of the massive infrastructure development countrywide.

President Lungu says Zambians should be proud to have infrastructure of international standard such as the Kenneth Kaunda International Airport.

He says the construction of airports is testimony of what his administration has done.

President Lungu says the airports are expected to support other economic activities.

The President said this when he commissioned the new Kenneth Kaunda International Airport Terminal in Lusaka today.

And President Lungu has urged Zambians to maintain peace if the country is to receive more investments.

The President said those involved in political violence should be caged.

And Lusaka Province Permanent Secretary Elias Kamanga said the face of Lusaka has changed for the better under President Lungu.

Mr. Kamanga said the PF has built roads, hospitals and other infrastructure in Lusaka Province.

And Chinese Ambassador to Zambia Li Jie said the construction of the new Airport Terminal is a sign of the strong relationship between the two countries.

He said the Kenneth Kaunda International Airport can compete with any other Airport on the African continent.

Mr. Li said during his stay in Zambia he will encourage more Chinese to come as Tourists in Zambia.

He said Chinese companies have so far created about 50 thousand jobs for Zambians citizens.

And Zambia Airports Corporation Limited Board Chairman Milingo Lungu thanked government for the huge investment in the aviation sector.