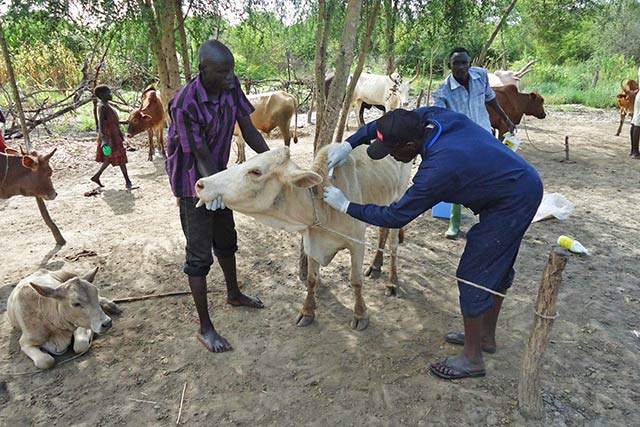 Government says plans to establish a vaccination plant for the Foot and Mouth Disease-FMD -are underway.

Fisheries and Livestock Minister, MAKOZO CHIKOTE says his office is looking to engage various stakeholders from the Private sector so that the country can produce the vaccines locally.

Mr. CHIKOTE says having a local- FMD- vaccine Manufacturing plant is key to unlocking the potential of the sector which has been heavily affected by the outbreak of diseases.

He told ZNBC News in an interview that the country wants to put an end to the importation of vaccines because countries like Botswana who are key suppliers in the region are often overwhelmed by demand.

Mr. CHIKOTE said an earlier consignment of vaccines procured to curb the spread of- FMD- are in the country and have been distributed to various provinces.

He also disclosed that the remaining 10 percent of the vaccines will be in the country to compliment the already procured vaccines.