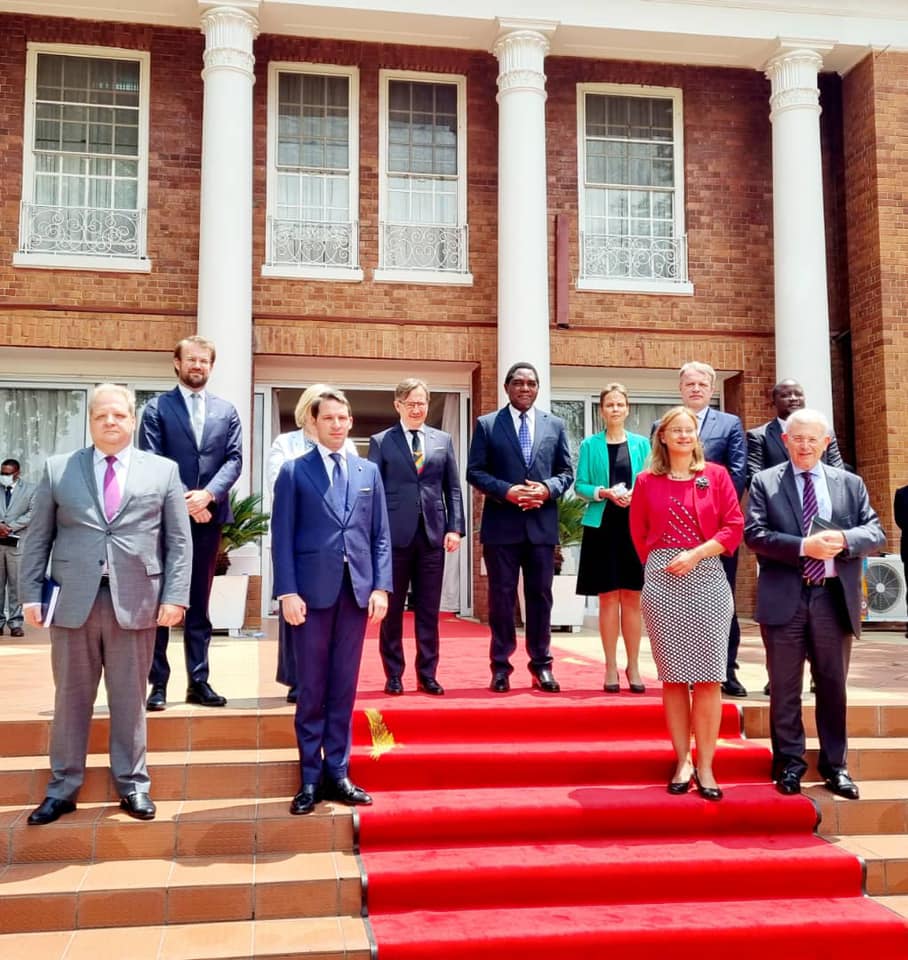 By Zanis-The European Union -EU- says it will sign a 2-hundred and 99 million Euros support to Zambia in January 2022 with priority on green alliance and partnership for a sustainable recovery growth.

The funds will support the people of Zambia to reach potential and build resilience for an inclusive society.

ZANIS reports that EU Head of Delegation JACEK JANKOWSKI disclosed this at State House  when he called on President HAKAINDE HICHILEMA.

Mr. JANKOWSKI pledged the Union’s strengthened relations with Zambia in cooperation and partnership for economic development.

He explained that the partnership is a new cycle of cooperation which will run from 2022 to 2027 based on the common shared aspirations following broad consultations.

MEANWHILE, President HICHILEMA praised the EU for the continued support being rendered to Zambia in various sectors of the economy.

President HICHILEMA said Zambia has continued to benefit from the EU support in democracy, good governance, economic and social development, among other key areas of cooperation.

President HICHILEMA revealed that during the just ended United Nations General Assembly in New York, he met EU President CHARLES MICHEL and the European council where several issues were discussed aimed at strengthening partnership with the EU.

He said issues discussed also included, how best the country can be assisted to restructure its debt, to achieve economic transformation.

The President stated that to this effect, Zambia will be asking the EU for more budget support, as well as increasing the fiscal envelope that will allow the country to restart its economy and get its good democratic credentials that it has shown.

He further expressed optimism that Zambia can be a role model in championing democratic values, rule of law and constitutionalism among others

Rains leave trail of destruction across the country