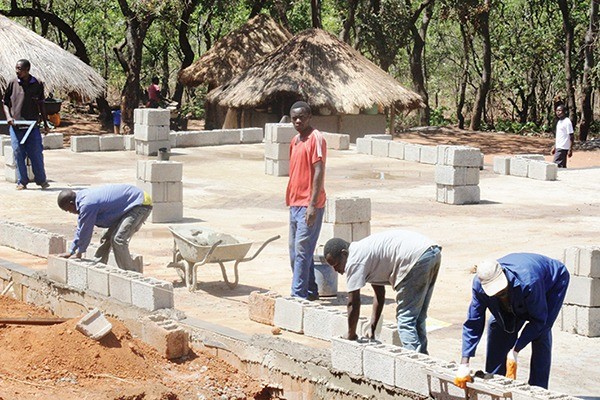 ZANIS —- Government has reassured traditional leaders that it remains committed to improving their livelihoods by constructing and rehabilitating their respective palaces.

Lusaka province minister Sheal Mulyata says this is because the new dawn government values the critical roles the traditional leadership plays in the governance of the country.

Ms Mulyata says as traditional leadership in the country is irreplaceable in the governance of the country, the new dawn government remains committed to ensuring that their welfare is looked into .

She said this when she paid a courtesy call on Senior Chieftainess Nkomeshya Mukamambo II at her current palace, today.

The minister however expressed her concern at the continued delay in the completion of the new Mukuyu palace which she said has dragged for a long time.

She however said  after finalizing finishing touches at the new palace,  government will hand it over to the traditional ruler once she is ready to occupy it.

“Government cannot govern the people without help from traditional leaders. Your help is very important to us. The new dawn government is looking forward to make sure that chiefs in the country are comfortably accommodated,” Ms. Mulyata said.

In response, Senior Chieftainess Nkomeshya Mukamambo II has thanked government for constructing a new Mukuyu palace for her adding that once concerns over the structure is dealt get cleared by the supreme court,  she will occupy her new palace.

Chieftainess Nkomeshya explained that a number of challenges including the court case have delayed her movement to the new palace for some time.

“Our police officers are renting houses, a situation which should not continue. Build houses for them as you have done in other areas so that they stop renting,” the Chieftainess said.

She further urged government to upgrade Chongwe district hospital into a modern health facility stating that the current facility is overwhelmed by increased population in the area.

Ms Mulyata, in response , assured the Chieftainess that government is yet to table the concerns she raised during the courtesy call and address them with the help from various stakeholders.