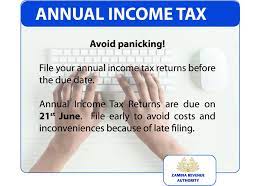 Ruth Chayinda-Government has extended the submission of Annual returns for vulnerable groups, clubs and churches to July 13th this year.

The Ministry of Home Affairs has further granted amnesty on vulnerable clubs, groups and Churches that are in default due to failure to raise enough income to enable them remit returns owing to the COVID-19.

Home Affairs Minister JACK MWIIMBU says following the amnesty granted, the ministry will waiver off the penalty of 6 thousand kwacha and allow affected societies to pay only the prescribed Statutory fee of 250 Kwacha for each year defaulted.

Mr. MWIIMBU says the amnesty will be in effect for the period of the extension only.

He has since encouraged affected societies to take advantage of the extension and amnesty to normalise their accounts and records as failure to do so in the stipulated period will lead to deregistration.

Mr. MWIIMBU however said political parties are not covered by the Amnesty and those that defaulted must pay the penalties to avoid deregistration.

Mr MWIIMBU said this during a press briefing in Lusaka where he noted that only a third of the 30 thousand societies registered with certificates have been submitted.