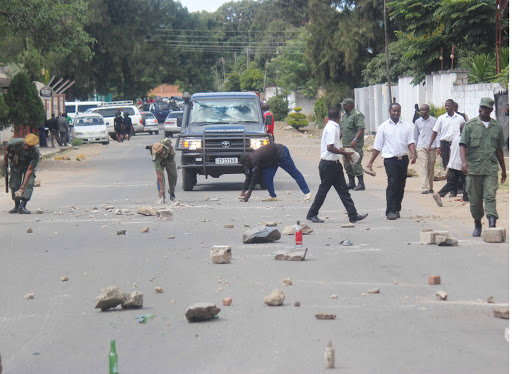 (ZANIS) Northern Province Minister LEONARD MBAO says the government will not condone youths perpetrating criminality in the name of politics.

Mr. MBAO says President HAKAINDE HICHILEMA has made it clear that his administration will uphold the rule of law and does not entertain lawlessness.

He said this when he visited Kasama District Administrative Officer BEAUTY NAMUKOKO, who was assaulted by some youths in her office on Friday.

Mr. MBAO said the assault on Ms. NAMUKOKO is regrettable stating that such an incident should not happen again.

The Provincial Minister has since assured public service workers of maximum protection as they execute their respective duties.

He informed Ms. NAMUKOKO that his office is following the matter with keen interest.

And Ms. NAMUKOKO has described the attack as life-threatening.

She has since appealed to law enforcement agencies to ensure all the culprits are brought to book.