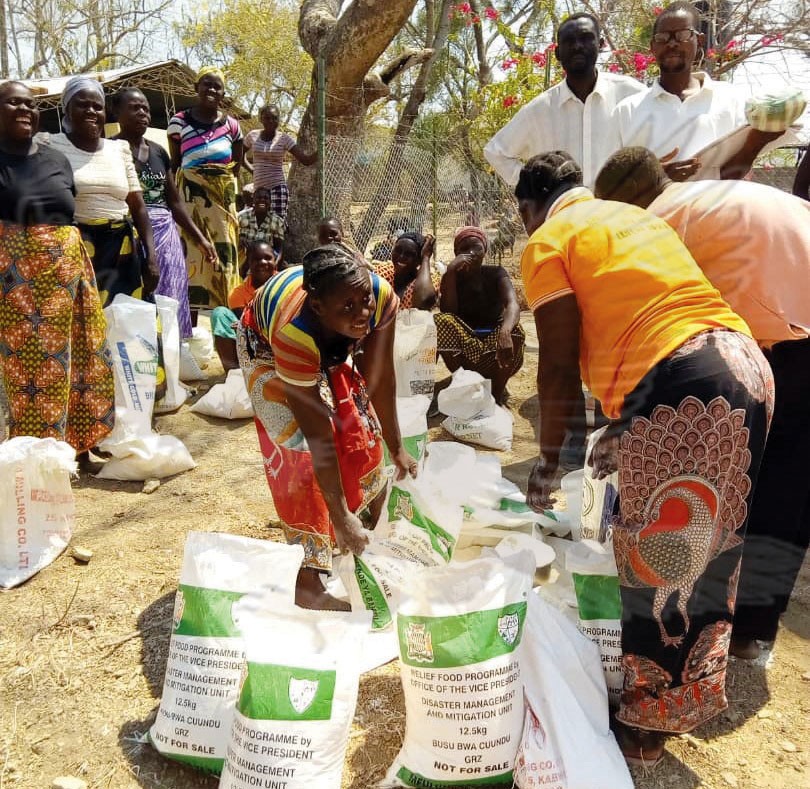 Weliington Moyo-Gwembe Member of Parliament TYSON SIMUZINGILI has called on the Disaster Management and Mitigation Unit -DMMU- to urgently consider sending relief food to the people of Gwembe.

Mr SIMUZINGILI says Gwembe was in the 2021/2022 rainy season badly hit by the flash floods which was later followed by the dry spell that caused destruction to crops in Gwembe Valley.

Mr SIMUZINGILI was speaking in Munyumbwe area, after receiving 100 food hampers worth 35- Thousand Kwacha donated by the Muslim Social Welfare and Trust Society.

And Muslim Social and Welfare Trust Chairperson IDRIS GANGATI said his organisation has been working in attending to the welfare of the less privileged in society throughout the country.