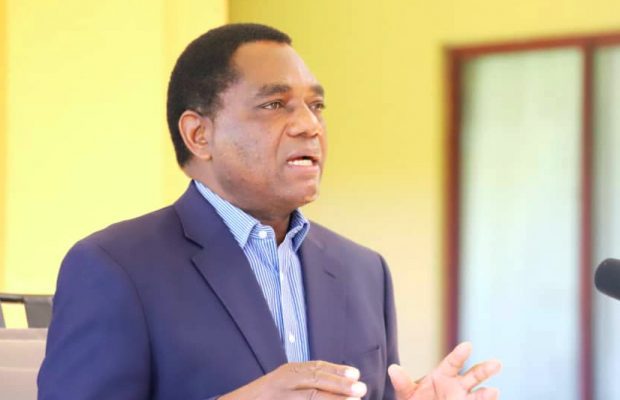 By Brian Mwale-President HAKAINDE HICHILEMA has urged the judiciary to quickly dispose of cases.

President HICHILEMA says this will quicken dispensation of justice as most people are held in detention for a long time without trial.

He also called for equitable dispensation of justice regardless of social classes.

And the President urged Judges and Magistrates to find time to visit police cells and Correctional facilities to appreciate the conditions of inmates who are denied quick trial.

The Head of State also underscored the importance of accountability in the conduct of judges.

And the President reiterated the need for Permanent Secretaries to effectively manage public resources.

He observed that a huge debt mountain choking resources and public expenditure are two critical things that stand in the agenda to reconstruct the economy.

The President revealed that his meetings with Lazare, Zambia’s debt advisors this morning showed millions of dollars were spent on things never meant to be delivered.

He said Zambia is losing about 26-million dollars monthly in fuel, a situation that Permanent secretaries should bring to an end.

And President HICHILEMA has tasked the Lands Commissioner to bring back sanity to land administration.

The Permanent Secretaries sworn in are JOSEPH AKAFUMBA for Administration in the Ministry of Home Affairs and Internal Security, GREEN MBOZI Agriculture, Dr. ANNA SONGOLO Fisheries and Livestock, YVONNE MPUNDU Small and Medium Enterprises Ministry and SAKWIBA MUSIWA for Ministry of Mines.

ALICE SITALI has been sworn in as High Court Judge and LYN HABANJI as Commissioner of the Ministry of Lands.