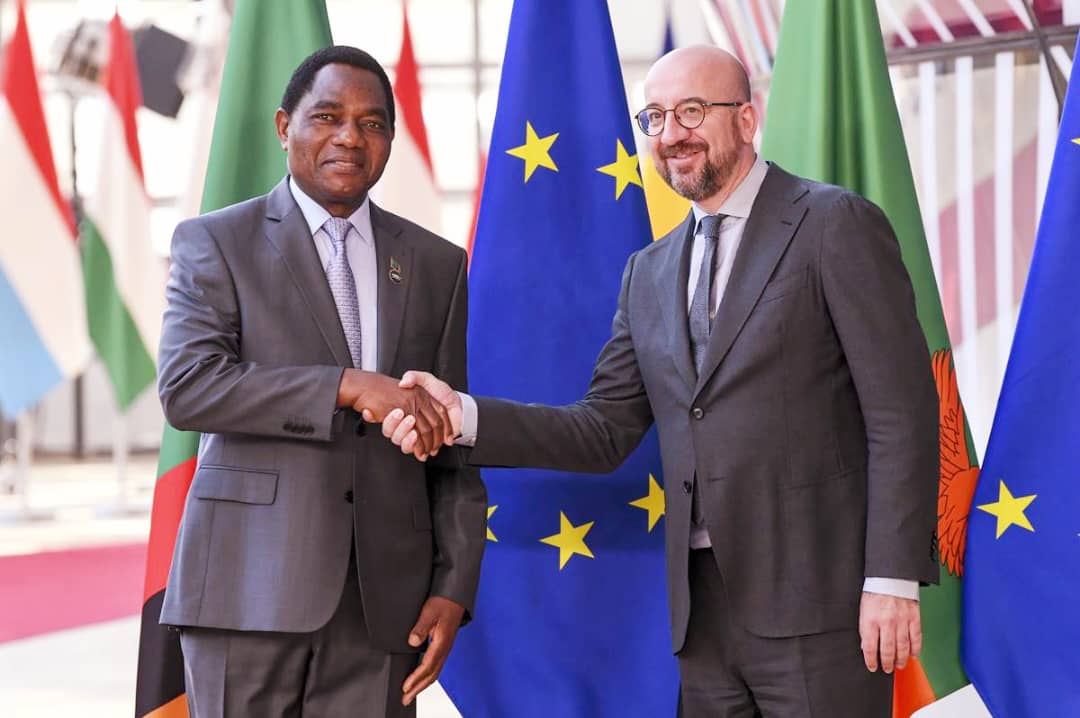 President HAKAINDE HICHILEMA has called for enhanced partnership in trade and investment between Zambia and Europe.

President HICHILEMA says trade between Zambia and the EU is key to both parties and a path to sustainable development in place of aid.

He says unlocking some barriers is paramount as Zambia is in a hurry to see local products on the international market and eventually turn the country into a production house to create and sustain jobs.

President HICHILEMA said this when he held talks with European Union Council President CHARLES MICHEL in Brussels, Belgium as part of his two day visit.

AND President HICHILEMA held meetings with the European Union Commissioner for International Partnerships JUTTA URPILAINEN during which he indicated his commitment to ensure Zambia engages in partnerships that are mutually beneficial.

The Head of State in a Facebook Posting also revealed that he took the opportunity in both meetings to market Zambia.

He has called for unity among citizens to take the country’s development agenda further.

ZAF TO RECLAIM ITS LAND AROUND AIRPORTS