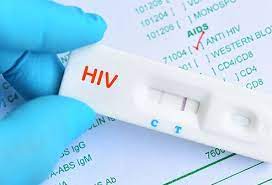 Ms BYANYIMA says the best way to reduce new HIV/AIDS Infections among girls is to keep them in schools.

Ms BYANYIMA said this when her and the UNAIDS delegations called on Lusaka Mayor CHILANDO CHITANGALA at the Civic centre.

And Ms BYANYIMA has praised the government for the free education policy which will help more girls’ access education.

She said the international Community is ready to support government to ensure the HIV/AIDS prevalence among girls and young women is reduced.

Ms BYANYIMA said Zambia has done well in the past 10 years in fighting new HIV infections and reducing death by putting the infected on treatment.

Ms CHITANGALA has praised UNAIDS for the support rendered to the council in the fight against the Pandemic.