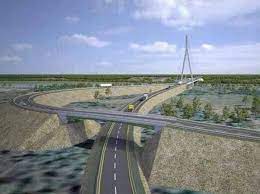 The Kasomeno-Mwenda toll road and Luapula Bridge project is a bilateral public private partnership project between Zambia and the Democratic Republic of Congo.

Luapula Chamber of Commerce and Industry President EMMANUEL MUNSANJE has expressed happiness with President HICHILEMA’s desire to expedite works on the project.

Mr. MUNSANJE says the Head of State’s show of commitment towards implementing the project has given hope to the people of Luapula.

He explained that the project once actualised will enhance trade between the two countries and offer a lot of economic opportunities to the local people.

Mr. MUNSANJE has since urged the people of Luapula to position themselves for the many economic benefits that will come with the project.

And GED Zambia, the company promoting the project has thanked President HICHILEMA for his willingness to support the project.

Country Representative MARCUS ASCOTT has told ZANIS that the President has embraced the project since it was first presented to the government.

Mr. ASCOTT explained that a lot of background work has been done ahead of the long -awaited groundbreaking ceremony.