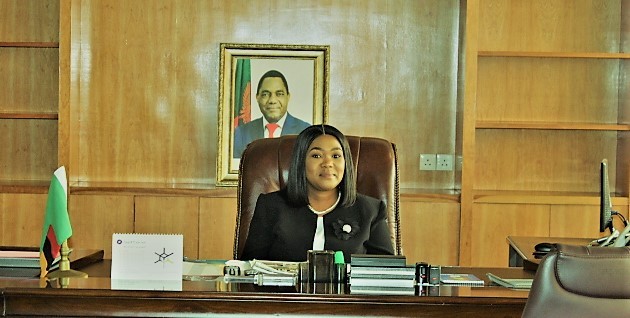 Mary Kachepa-Government is concerned that KBN Television Station aired a private telephone conversation without verifying its authenticity with the people involved.

Chief government SpokesPerson CHUSHI KASANDA says the conduct by KBN Television is contrary to media professional ethics which demand that a Journalist ought to verify any information before publishing.
Ms KASANDA further says government is concerned that KBN found itself in conflict with the law on a matter that it could have avoided had it followed basic principles of Journalism.
She told Journalists at a media briefying in Lusaka that the media profession has adequate guidelines which if observed can protect Journalists from misinformation and infringement of people’s rights.
Ms KASANDA said media freedom is not absolute because it comes with responsibility which demands that information is balanced, accurate and objective before it is published.
Meanwhile Ms KASANDA has advised the media to always seek clarification from designated offices on national matters .
Post Views: 421
I Like ThisUnlike 1
I Dislike ThisUn-Dislike 0
Previous Post