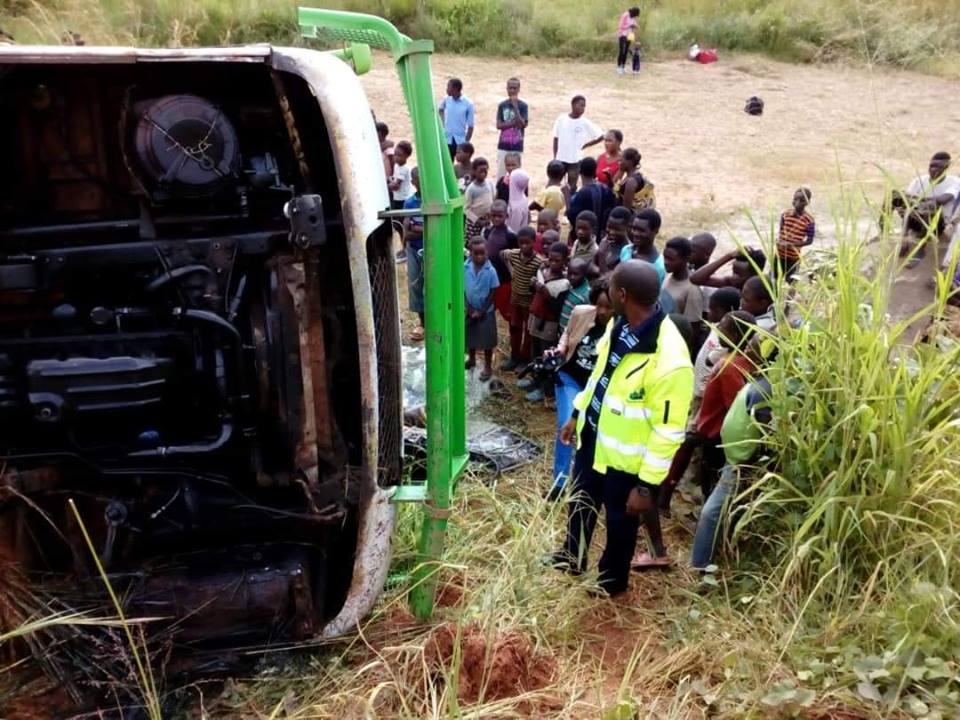 TWO people have died in a head-on collision involving two lorries along the Great North Road in Kapiri Mposhi.

Eye Witnesses JUMA SHABANI and SIMON CHANDA say the accident happened when the driver of a light truck registration number AIC 7154 attempted to avoid a tree log, which was on his lane but collided with an oncoming lorry registration number T964 ATV.

The bodies of the deceased lay lifeless on the ground as onlookers watched helplessly at a distance.

It is not yet clear whether the driver of the light truck sustained life threatening injuries as eye witnesses say he had been taken to Kumbi health facility in Mkushi.

A ZNBC news crew that was at the accident scene found Police officers from Kapiri Mposhi picking the bodies of the dead.