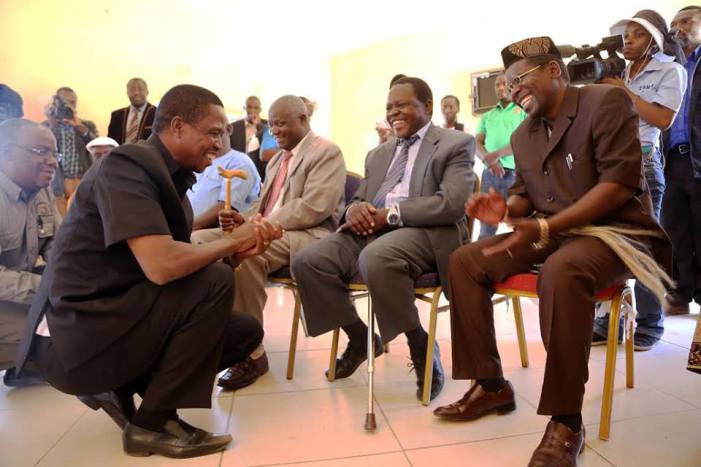 By Hector Simfukwe- President EDGAR LUNGU says it is wrong for some traditional leaders to discriminate people on account that they do not originate from their chiefdom.

President LUNGU says those who have decided to settle in other chiefdoms countrywide should be treated like other citizens.

The President says individuals who commit crimes should be punished without being categorised as foreigners.

President LUNGU said this when Chief NKOLE of Kapiri Mposhi District asked government to remove the people that have settled at a resettlement scheme in his chiefdom because they do not respect him.

Chief NKOLE said he does not want non-indigenous people to be committing crimes in his chiefdom.

In response, the President said it is wrong to refer to a fellow Zambian as not being indigenous.

He said people have settled in various resettlement schemes countrywide and are living in peace.

The Head of State said he is aware of several Zambians who have settled in Kapiri Mposhi from Southern and other provinces and are making good contributions to the economy of the area.

President LUNGU said leaders at all levels should promote the One Zambia One Nation Motto as opposed to dividing people.

He said this when he held a meeting with Chief NKOLE in Kapiri.

And speaking earlier, Chief NKOLE asked government to provide him with a vehicle.

He also asked government to help him complete his palace.