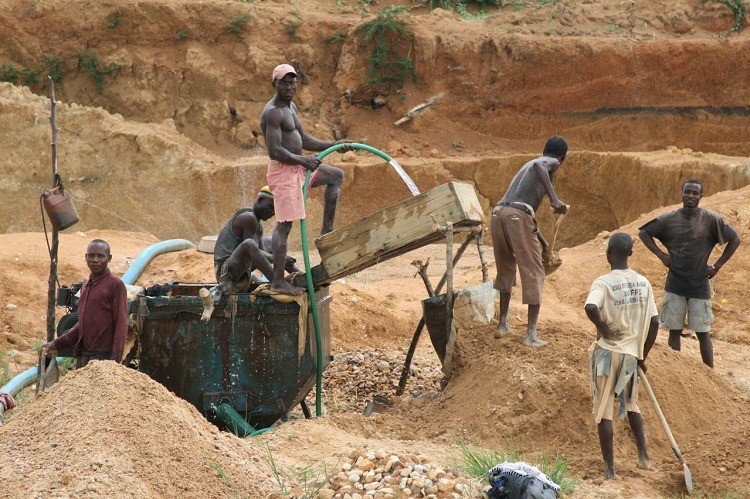 By Justin Kawisha-Residents of Mufumbwe District in North Western province have thanked President EDGAR LUNGU for giving them back the Kalengwa Copper Mine.

There was jubilation by thousands of people who witnessed the handover of the letter of reinstatement of the large-scale exploration Licence to the Euro Kalengwa Mines Limited that are working with Moxico Resources.

Speaking during the thanksgiving public meeting for the reinstatement of the Mining Licence to Moxico Resources in Mufumbwe, Chief KIZELA said President LUNGU will go down in the history of the Mine and district as having opened the mine that was closed dur
ng the Kaunda era.

Chief KIZELA said President Lungu respects the rule of law and did not interfere with the court processes up to the end of the case.

And Chief MUNYAMBALA has invited president LUNGU to Mufumbwe before elections to lay a ground-breaking stone for the mine and see for himself how the people of Mufumbwe appreciate him.

The chief urged his people to reciprocate President LUNGU’s love by giving him maximum votes.

Meanwhile, Chief MUSHIMA urged the mining management to employ local people and commence the operations of the mine as soon as possible to avoid further setbacks.

And Senior Chief KANONG’ESHA of Mwinilung’a who guest of honor was, praised the Chiefs of North western for their unity during the fight for Kalengwa mine.

Senior Chief KANONG’ESHA who is also provincial Chairperson for Chiefs in North Western Province thanked the PF government for listening to the concerns of people of Mufumbwe.

And North Western Province Permanent Secretary WILLIES MANGIMELA who was represented by Mufumbwe District Commissioner HAGGAI KALOTA, urged the people of Mufumbwe to rally behind President LUNGU because he was concerned with their welfare.

He said government will work together with mine management to ensure there is no exploitation of the local people by the mine authorities.