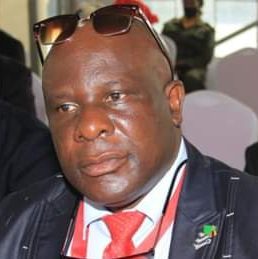 (ZANIS) Information and Media Permanent Secretary KENNEDY KALUNGA has appealed to authorities at Nakonde border in Muchinga Province to heighten the campaign for the prevention of COVID-19.

Mr. KALUNGA says there is need for authorities at Nakonde border NOT to relent in fighting COVID-19 by ensuring that people are sensitized on the dangers and effects of COVID-19.

He says he has noticed that many people in Nakonde including cross border travellers are NOT adhering to the prescribed guidelines put up by the Government through the Ministry of health aimed at halting the further spread of the disease.

Speaking to ZANIS in Nakonde yesterday Mr KALUNGA said authorities at Nakonde should NOT get tired but ensure that they continue sensitizing the public on the need to follow the prescribed guidelines.

Mr. KALUNGA also directed ZANIS and other media outlets in the border town to work together with authorities to sensitise the public on COVID 19.

Meanwhile, Mr.KALUNGA has described his familiarization tour of Muchinga Province as successful.

He said his visit to Muchinga has highlighted a number of challenges that ZANIS and other media houses are facing thus making it easy for the Ministry to adequately plan for the needs of the media especially ZANIS .

ZICTA TO DO SIM CARD RECALL