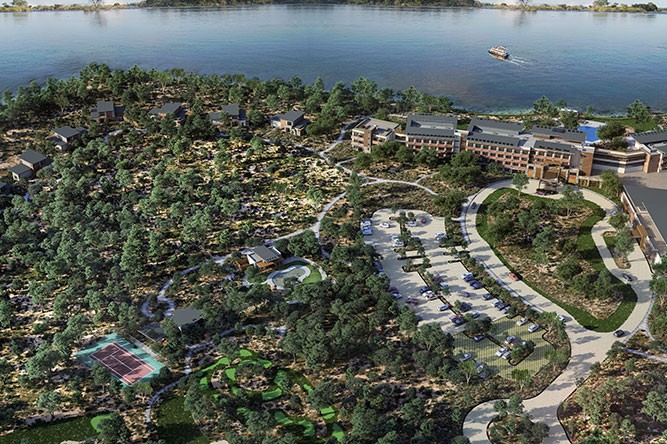 The construction of the National Pension Scheme Authority -NAPSA- Mosi-oa-Tunya Livingstone Resort at an estimated cost of 100 million United States Dollars has advanced.

Labour and Social Security Permanent Secretary BORNFACE NALISHIWA who has toured the construction site says he is happy that the works are at 80 percent completion stage.

Mr. NALISHIWA says he is impressed with the quality of works which he has described as neat and excellent.

The labour permanent Secretary says the resort has so far employed more than one thousand local people and is set to create additional jobs once it becomes operational.

Stefanutti Stocks Construction Contract Manager EBEN DE WET says the works are ahead of schedule as they were originally scheduled to end in September 2022 but will instead be completed in June this year.

And NAPSA Director Finance UTEMBELE SIMWINGA says NAPSA is on course in funding the project.

Mr. SIMWINGA says the resort will form a significant part of the NAPSA investment portfolio and enhance the authority’s contributions through creation of jobs.

UPND, MDC TO WORK TOGETHER IN KABWATA