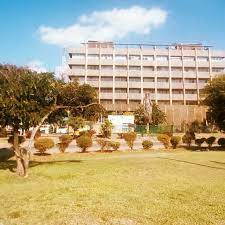 ZANIS-Government has announced the appointment of a new Board of Directors for the ZESCO.

Energy Minister PETER KAPALA announced the new ZESCO Board at a press briefing in Lusaka.

Mr KAPALA disclosed that the new board is composed of professionals who will be expected to provide a different approach in addressing the challenges faced by the power utility.

The new ZESCO board will comprise six members who will be chaired by VICKSON N’CUBE.

Mr KAPALA disclosed that government has identified alternative sources of energy to help control deforestation in the country and has stated that a lot of progress has been made to ensure that the country becomes the energy hub in the region in the next three years.

The Minister further dispelled rumours of fuel price hike and that that the country has received enough stock which should normalize the situation by the end of the week.

Mr KAPALA further clarified that Indeni Oil Company in Ndola is not closing but rather on care maintenance to resuscitate it and explore the full potential of the company and that all employees are still being paid salaries despite the halt in production.