Home News No going back on graft fight-HH 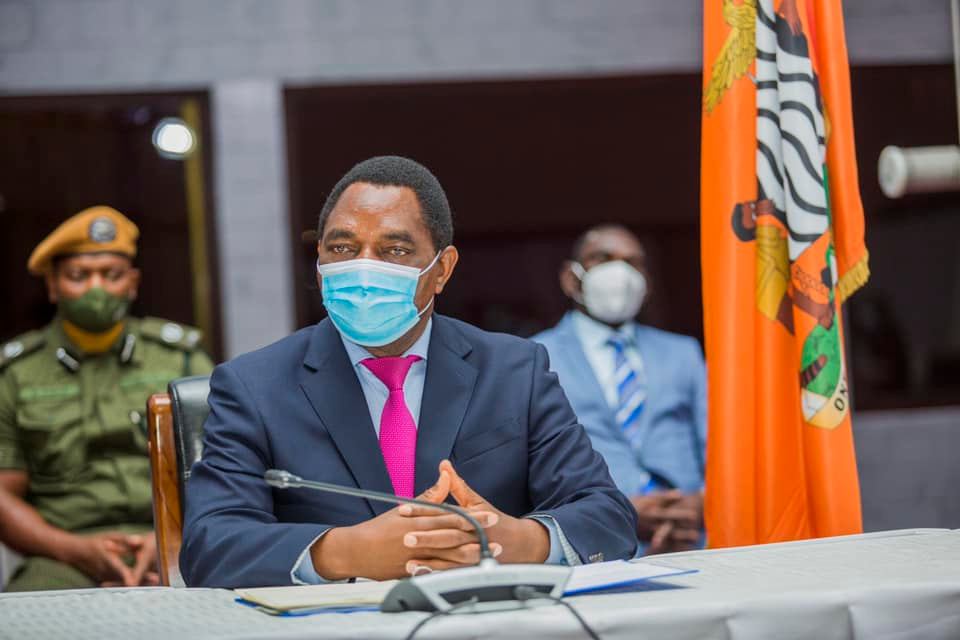 Ruth Chayinda-President HAKAINDE HICHILEMA says he will not relent in his fight against corruption despite some individuals who want to sway the attention of Government.

President HICHILEMA says people who were involved in corruption should be brought to book.

He has also urged the media not to divert the fight against corruption by generating stories that divert Government from following up money that was illegally obtained.

The President said this during the swearing in ceremony of the Teaching Service Commission Chairperson DAPHNE CHIMUKA and Drug Enforcement Commission -DEC- Director General MARY CHIRWA.

AND President HICHILEMA noted that his Government will review some contracts that were signed because it was one of the conduits for corruption.

He further said is unfortunate that the Attorney General’s office and ministry of justice who were privy to some contracts allowed them to proceed in a manner that was disadvantageous to the citizens.

President HICHILEMA urged Government officers to support Ms. CHIRWA in her office so that there is a stop to corruption.

He also urged civil servants not to fall in a trap of corrupt activities.

And President HICHILEMA has tasked Mrs. CHIMUKA to actualize Government’s desire in the education sector which also includes the promotion of teachers who have upgraded their education status.

President HICHILEMA said his administration wants the pupil teacher ratio to be reduced through the employment of the 30 thousand teachers.

Teachers, oxygen of the country – Siakalima

More students to be offered scholarships