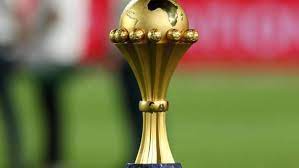 Chansa Kunda-Various stakeholders have implored the Football Association of Zambia-FAZ- to ensure the Chipolopolo qualify for the 2023 Africa Cup of Nations tournament.

Various commanding voices, in the football fraternity have shared sentiments on what should be done to get the Chipolopolo ready  ahead of the 2023 AFCON Qualifiers with the draws set to be conducted .
Former -FAZ- President  TEDDY MULONGA says a lot needs to be done in order to have the team ready to compete in the upcoming qualifiers .
MULONGA says with Croatian National AIJOSA ASANOVIC confirmed as Chipolopolo Coach time has come to institute systems that will enable the team win games from the on set without waiting for end time calculations .
He told ZNBC Sports News that the first step is to select players on merit without looking at one’s club before considering the current form of the player.
MULONGA said all players that will be assembled for the qualifiers must treat the call up to the national team with importance  .
He has also tasked the current Administration to ensure that they leave no stone unturned in find players living abroad who can be incorporated into the National team especially those with dual citizenship.
MULONGA also noted that there is need to develop infrastructure that will enhance the development of local players to enable them compete with those in foreign leagues .
And former Chipolopolo Coach PATRICK PHIRI said the quest to qualify for the 2023 AFCON should be made a priority by all football stakeholders .
PHIRI said the first step is for everyone to give the  coach support so that he can  assemble a competitive squad.
He said he is ready to work with ASANOVIC in order to get the team ready for upcoming assignments.
PHIRI  has further indicated  that Zambia has what it takes to qualify to the 34th edition of the AFCON to be held in Ivory coast.
Post Views: 552
I Like ThisUnlike 0
I Dislike ThisUn-Dislike 0
Previous Post