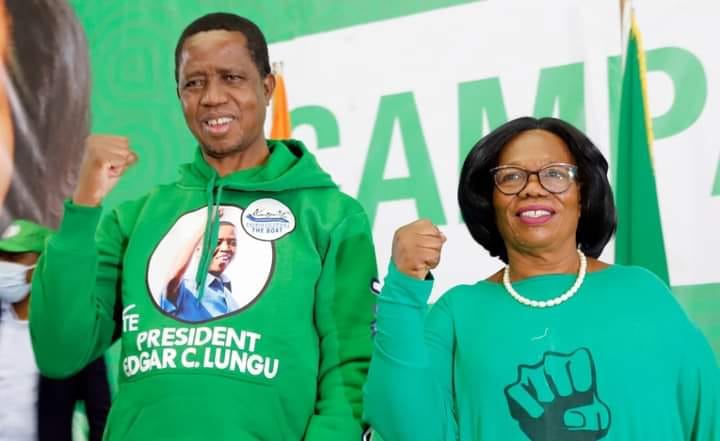 The Political Science Association of Zambia in collaboration Faraline of the United Kingdom and Media Theory of USA have released an Opinion Poll which shows that President Edgar Lungu will likely win the 2021 General Election.

The Poll attracted experts such as Professor Richard Elson from the United Kingdom, and Dr. Masauso Chirwa of Zambia.

The public polling was done to ascertain which candidate will likely win elections and was conducted by the research team comprising Dr. Masauso Chirwa, Principal Investigator Joe Nabwa and Aaron Siwale.

61.1 percent respondents stated that they would vote for President Lungu  because of his policies such as preservation of jobs, massive infrastructure development such as housing units for service personnel, roads hospitals and schools.

They also said President Lungu as a leader of the country, had stabilized the country despite the difficult circumstances such as droughts and the COVID-19 pandemic.

The respondents were also happy with President Lungu’s promotion of family values.

The project summary concluded that 44.5 percent of Zambians will likely vote for President Lungu  while 30.3 percent will vote for opposition leader, Hakainde Hichilema.

The project has also reported that a huge percentage of 15 percent remained undecided for various reasons.

The Poll also sought opinions on the role of fairness of institutions such the Police, Electoral Commission of Zambia and Public Media.

Ugandans to be jailed for violating Covid-19 rules