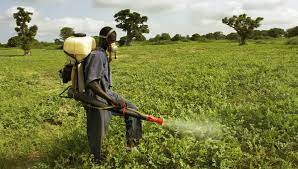 Mr. MTOLO says a number of provinces have already been affected by the army worms due to change in weather patterns.

He told ZNBC news that camp officers are on high alert monitoring the situation.

Mr MTOLO said the government recently released about K46m which has gone towards the procurement of agricultural pests.