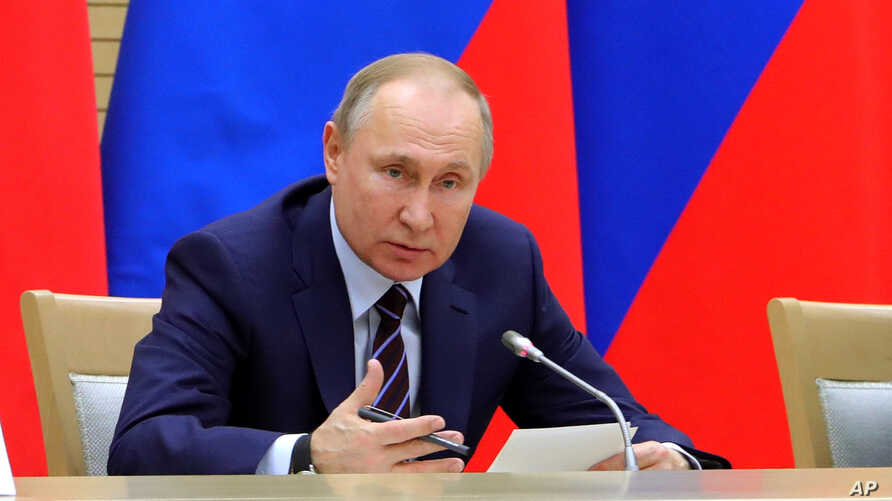 (BBC) Russian President Vladimir Putin has warned the West not to cross a “red line” with Russia, saying such a move would trigger an “asymmetrical, rapid and harsh” response.

The warning came in his annual state of the nation address, amid heightened tension with the West over Ukraine and jailed Putin critic Alexei Navalny.

Hundreds staged pro-Navalny protests on Wednesday in eastern cities including Vladivostok, Irkutsk and Krasnoyarsk. The authorities have declared them illegal.

The anti-corruption campaigner is being treated at a prison hospital in Vladimir, about 180km (112 miles) east of Moscow. He is on hunger strike and his allies say his life is in danger.

In central Moscow police cordoned off the area around Manezh exhibition hall, where Mr Putin addressed both houses of parliament. Navalny supporters plan to rally in the area at 19:00 (16:00 GMT)

Two close aides to Navalny – lawyer Lyubov Sobol and spokeswoman Kira Yarmysh – were among those detained.

Mr Putin focused most of his speech on Russia’s battle against Covid-19 and its plans to improve welfare and economic development.

But he accused the West of threatening stability in Russia and its ex-Soviet neighbours Belarus and Ukraine.

“The use of unjust sanctions is growing into something more dangerous: a coup attempt in Belarus,” he said.