Home News Rains leave trail of destruction across the country 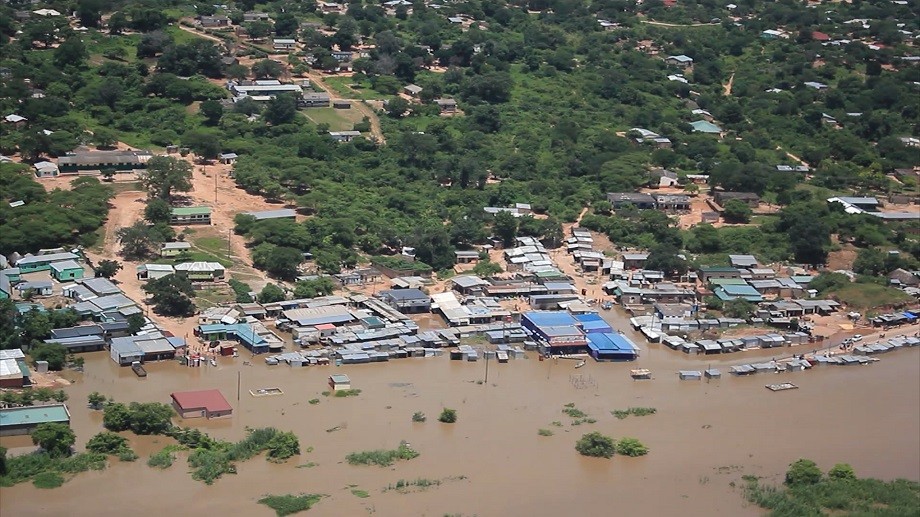 Houses which were built near water bodies were flooded after the stream burst its banks following yesterday’s heavy down pour.One of the flood victims, WATSON NJOVU has blamed the Solwezi Municipal Council for allocating him land near the stream.

Mr. NJOVU says the council should take responsibility for the damages that have been experienced in the area.

Another flood victim, KABAMBA MUJINYA has called for help from the Disaster Management and Mitigation Unit to come to his aid as all his food has been lost in the floods.
Meanwhile Solwezi District Administrative Officer ANTHONY FULWE says the local authority did not authorize the construction of most of the houses affected by the flooding.

Mr. FULWE says most of the houses were built without authority from the local authority and are substandard structures.
Speaking when he visited the flood victims in Kazomba, Mr. FULWE has advised the affected families to relocate so that the water levels reduce.

And in Kitwe Several houses and a one by two classroom block at Temweni Primary School  have had their roofs blown off following a heavy downpour.

The classroom block was commissioned two months ago.

A check at the school found several reading books for pupils soaked with desks damaged.

School head teacher WILLY KITA says a motor vehicle belonging to one of the teachers which was parked in front of the classrooms has also been damaged after roofing sheets fail on it.

Meanwhile in Choma district,TWENTY five families of Macha area  have been left homeless after a hailstorm damaged their houses with some roofs being blown off and structures collapsing.

Among the worst affected include Francis Davison Secondary school with roofs for some classrooms blown off.

District commissioner SIKALEYA GAMELA who visited the affected families has promised to submit a report on the incident to the relevant authorities.