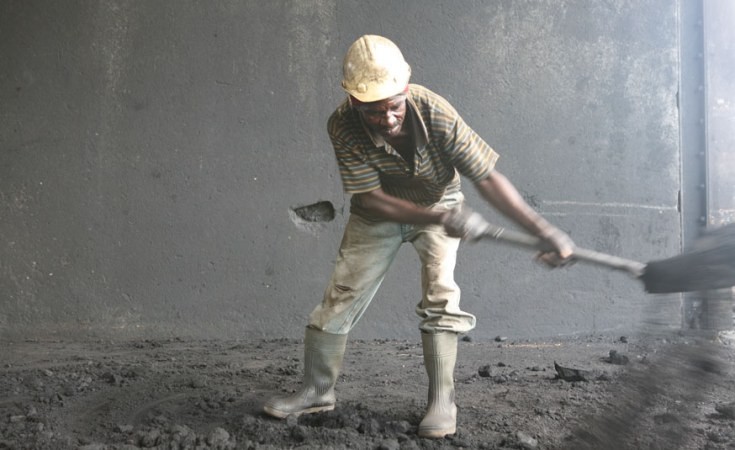 By Jane Simaluba-Government has suspended mining operations at Copa Investments in Chingola district on the Copperbelt for breaching mining regulations.

Speaking after a conducted inspection of the mining firm, Senior Inspector of Mines ABUID SAKALA said the mining firm has breached the mining regulations of appointments and operational standards which are in breach of the mines and minerals act number 11 o
2015.

Mr. SAKALA said the mining firm is operating without professional personnel and safety matters have not been taken into consideration.

He ordered that the mining firm should only resume operations once the neccessary requirements are put in place, and that the right procedure be followed.

This came to light when Chingola Member of Parliament CHIPOKA MULENGA, visited the the mining firm on a fact finding mission after residents complained of the said mine contaminating underground water and the environment.

And Mr. MULENGA has urged the mining firm to quickly put in place safety measures that will stop the contamination of water and suppress dust.

He said it is unacceptable for the mining firm to be generating supernormal profits at the expense of people’s lives.

Mr. MULENGA said he expects to see the company puting inplace the prescribed measures not later than Friday this week.

Mr. LIN said that management will sit and discuss the way forward in addressing the issue of water contamination and the pollution of the environment.