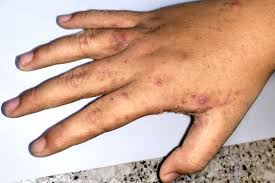 Scabies has broken out in Samfya District of Luapula Province.

Samfya District Public Health Technologist CHRIS BUPE has disclosed that cases of scabies have been reported in 27 health facilities within the district.

Mr. BUPE says the infection rate is higher in highly populated health facilities within the district with the most affected age groups being children aged between four and 14.

ZANIS reports that Mr. BUPE revealed this during a joint Head of Committees meeting held in Samfya Town Council Chamber where he called for concerted efforts in fight the disease.

He encouraged Schools, Churches, Health facilities, and communities in the district to maintain highest levels of hygiene and social distance if the district is to fight the infection.

Mr. BUPE also called on stakeholders to join in the implementation of the proposed measures if the district is to yield desired results.

He further called for improved water supply in the district for easy maintenance of good hygiene.

Mr. BUPE also appealed to the public to take the outbreak seriously saying scabies is a threat to the community especially the school going children in the district.