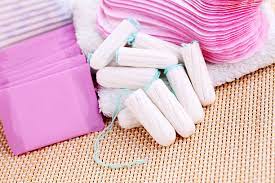 Etambuyu Katota-Information and Media Minister CHUSHI KASANDA says President HAKAINDE HICHILEMA is committed to uplifting the lives of the girl child as evident by the New Dawn government’s 2022 National budget which has facilitated for the free distribution of sanitary pads in schools.

Ms. KASANDA, who is also Chief Government Spokesperson, says just after forming government, the administration made sure that the distribution of free sanitary pads is done in order to keep girls in school.

Ms. KASANDA says there is also need to alert children on topical issues such as menstrual hygiene, HIV/AIDS and sexual health by parents in a bid to end teenage pregnancies and early marriages.

Speaking during the second edition of the period festival held in Lusaka today, Ms. KASANDA called on the media to write more stories on menstrual hygiene in order to address the stigma and myths around menstruation.

And former Chembe Member of Parliament SEBASTIAN KOPULAMDE, who moved a motion in parliament in 2019 for sanitary pads to be distributed in schools, commended the UPND for actualizing the distribution of the sanitary pads in schools.

Meanwhile, Whisper a Dream Foundation Founder ANNIE KALALUKA said the use of recyclable pads must be encouraged in order to promote a green and clean environment.