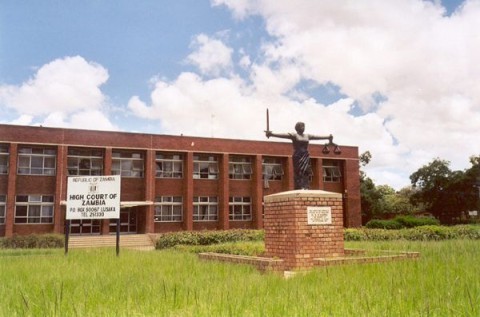 Hannock Kasama-The state has opposed an application by KABUSHI Patriotic Front -PF- member of parliament BOWMAN LUSAMBO to join proceedings in the Constitution Court over the plea to erase section 72 subsection two part ‘A’ of the Electoral Process Act.

The petition to erase Section 72 subsection two of the Electoral process act is premised on allegations that it promotes, aids and abets corrupt practices and all manner of misconduct during elections.

The petition has been filed by LUSAKA Resident JOSEPH BUSENGA who also contends that such provisions of the Electoral Process Act contravene articles 8 and 45 of the Republican Constitution.

However State Advocate KAUMBI MUNDIA has opposed the application by Mr. LUSAMBO to join the proceeding contending that he has not demonstrated sufficient interest to be a party.

She says the Constitution provisions in question carter for political parties that might have intentions to join court proceedings of their interest.

This is contained in an Affidavit in Opposition filed in the Constitutional Court.