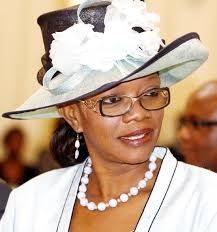 Health Minister SYLVIA MASEBO has urged traditional leaders to sensitize their subjects on the importance of getting vaccinated against Covid -19.

Ms MASEBO says traditional leaders are opinion leaders and have influence on people hence the need for them to encourage their subjects to get vaccinated against Covid-19.

She was speaking when she called on Chief MUNKATA of Kawambwa District.

The Minister also said there is need for the people of Luapula Province to diversify their crops because cases of malnutrition are high.

She said government is keen to work with traditional leaders in developing the country.

And Chief MUNKATA of Kawambwa District has called on government to address the shortage of medicines in health facilities.

The traditional leader said even Panado was in short supply.

He said he will work with the government of the day and that he will offer constructive criticism where necessary.

The minister of health also visited Senior Senior Chief Mununga of the Shila people of Chienge District who is admitted to Mansa General Hospital.

The traditional leader asked government to complete the construction of his palace.

In response, Ms MASEBO said government will complete infrastructure which is at seventy percent.

The Minister has since concluded her tour of Luapula Province where she had gone to assess the quality of health services being delivered.