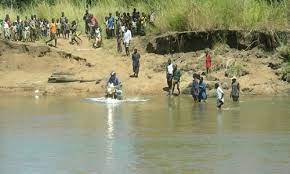 Malita Banda-Government has directed illegal settlers that have invaded National parks in the country to relocate.

Green Economy and Environment Minister COLLINS NZOVU says the illegal settlers should do so before Government moves in to demolish their makeshifts houses and destroy their illegal fields.

Mr. NZOVU has noted with concern the illegality which has seen Kafue National park in Western Province turned into a maize field by some illegal settlers.

He says most trees have been cut, while others have been burnt at the bottom and with time they will fall.

Mr. NZOVU was speaking when he toured Kafue Game Park, which has been invaded with about 46 families.

He told ZNBC news that his Ministry working with the Ministry of Tourism will have to enforce the law before the situation worsens.