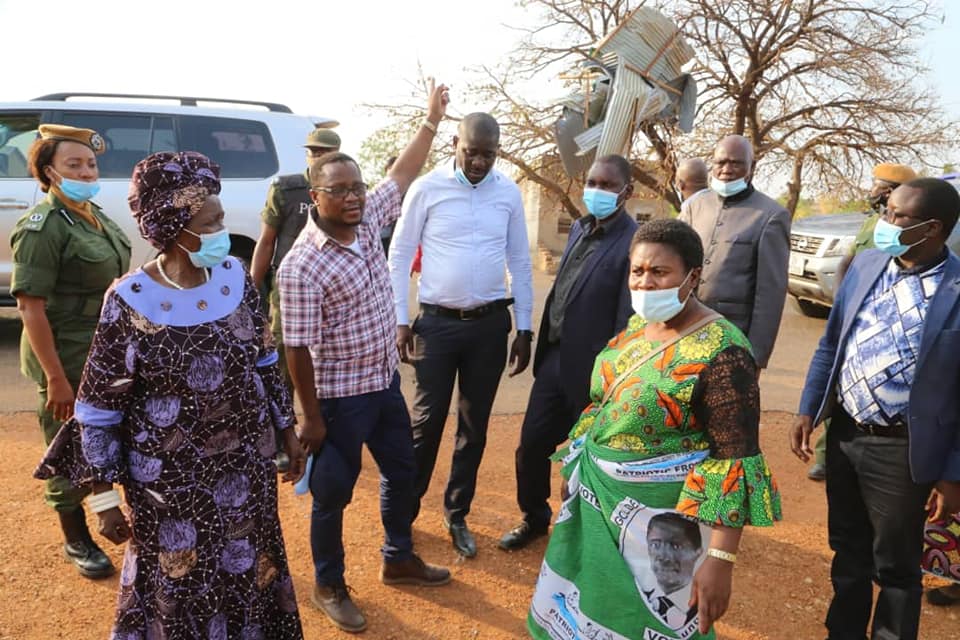 Vice-President Inonge Wina has thanked Chipangali residents for their resilience in the wake of the disaster which saw over 3-hundred and 42 houses being blown off by stormy rains.

Speaking when she visited the affected area, Mrs. Wina said she knows how hard it has been for the affected families but that they have kept strong.

She said people need to work together in times of disaster and establish solidarity teams to help others.

Mrs. Wina said she is aware that some families have extended their good will to the affected people by providing shelter and other services.

She however said government will not fail Chipangali residents because it will provide food and other necessities to mitigate the suffering.

Mrs.Wina said people in the area should start thinking about building better homes to avoid such disasters.

The Vice President said people should build in the highlands where flooding cannot occur.

Government has already started providing food, tents and building materials among others to the affected families.