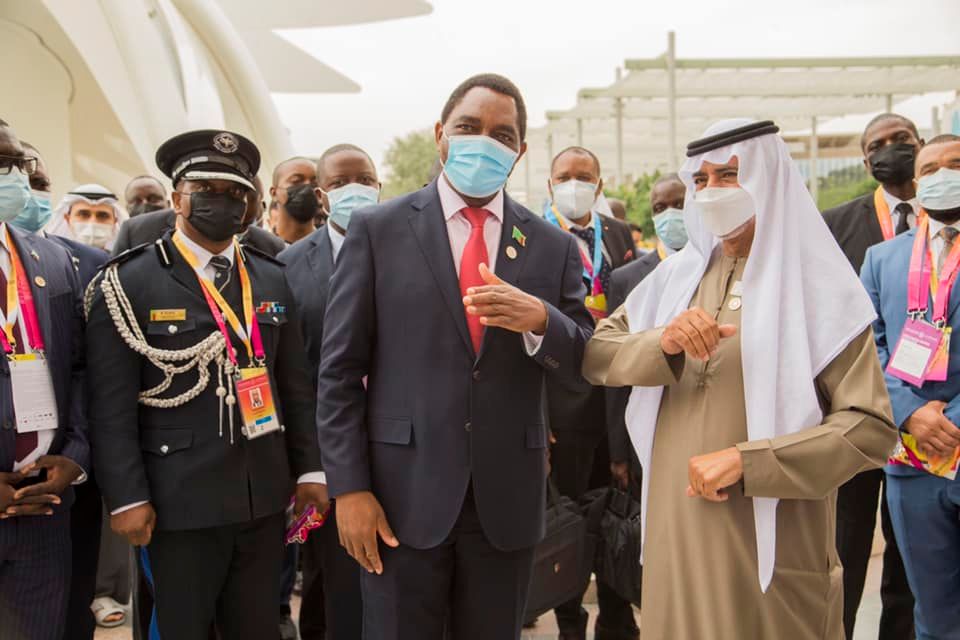 President HAKAINDE HICHILEMA says Zambia is among seven countries in Africa that are critical to changing the future of the global economies, due to vast natural resources.

Speaking with the Dubai Expo 2020 media team, President HICHILEMA said the Country has abundant natural resources such as Copper which is important in the evolution of electric vehicles.

And President HICHILEMA has called on investors in the United Arab Emirates -UAE- to come to ZAMBIA and add value to products.

He said the abundant crop diversity and assets such as land make the agriculture industry a viable area of investment in Zambia.

President HICHILEMA also encouraged investors to partner with Zambian companies and look at what the country has to offer and explore its potential in different areas such as technology.

Meanwhile, the President said the government is developing a strategy in the tourism sector to make it sustainable through promotion of afforestation and curbing poaching.

He said wildlife is a key component in the promotion of tourism in the country.

President HICHILEMA has since left Dubai for Zambia.